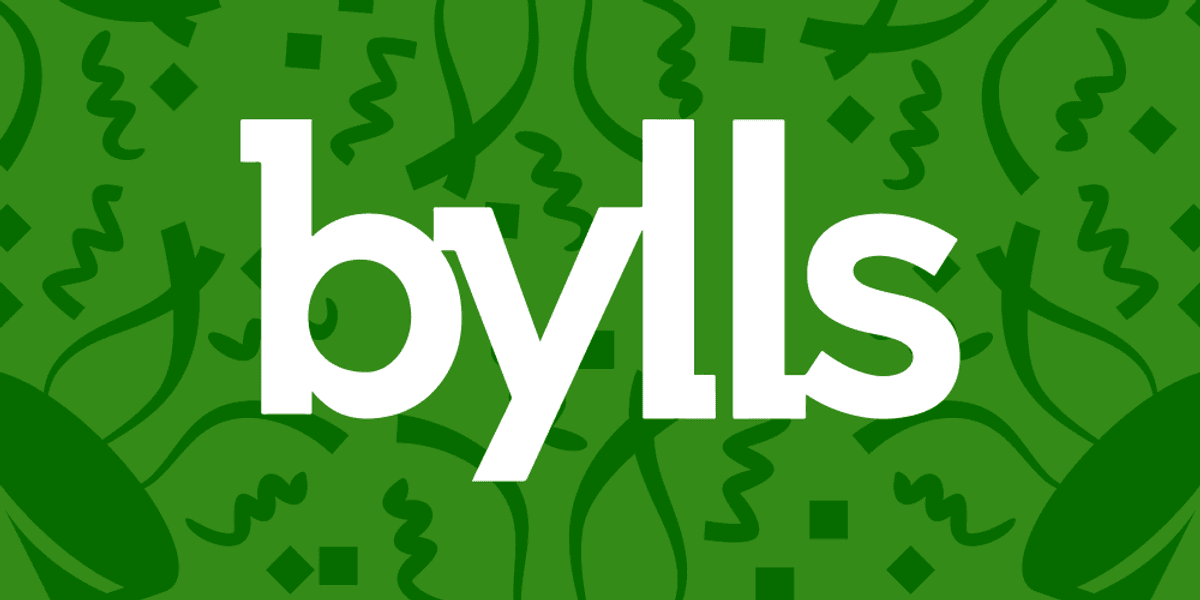 I sometimes find it hard to believe that it has already been 6 years since the public launch of Bylls on January 13 2014. What started out as a simple and humble “garage startup”, the world’s first Bitcoin bill payment service, evolved into so much more.

Bylls eventually became the company that people know today as Bull Bitcoin, and it is from Bylls’ UASF advocacy that sprouted the Cyphernode open-source project. I also like to think of Bylls as a “bitcoin culture” institution that served as the vanguard of the Bitcoin Maximalist and Cypherpunk movements within the Bitcoin exchange and payments industry.

For those of you who don’t know about Bylls, here’s a short summary:

Bylls was founded in 2013 by Eric Spano, a Montreal entrepreneur part of the original Bitcoin Embassy team. Eric, one of my earliest and most influential mentors, is a true Bitcoin OG. Check out his 2014 Bitcoin Ted Talk or his 2019 Podcast on Tales From the Crypt which describes in great detail the inception of Bylls.

When Bylls was launched, I was Public Affairs Director at the Bitcoin Embassy, the world’s first physical Bitcoin hub (a 14,000 square feet building downtown Montreal). Bylls was effectively a one-man operation, with Eric doing pretty much everything himself. I wasn’t directly involved with the company, but Bylls was one of the startups in the Embassy’s incubator program, so I was helping out in various ways. My first “public appearance” in the Bitcoin industry was actually to man the Bylls booth at the Toronto Bitcoin Expo in 2014!

In 2015, Eric was offered a huge career opportunity that he couldn’t accept without stepping down from running Bylls. It was to me an inconceivable tragedy for Bitcoin to let Bylls quitely close down. For the past 2 years, whenever somebody asked me “what can you do with Bitcoin?”, I would always reply “well, for starters, you can pay all your bills in Canada, even your taxes and your credit card”. What was I going to say now?

I had just founded my company Satoshi Portal Inc. with the aim of developing a non-custodial Bitcoin exchange (which eventually became Bull Bitcoin). And so, I acquired Bylls from Eric and it immediately became the focus of all my energy. For the first year, our team consisted of only 2 people including our lead developer Arthur which is still working on Bylls features to this day. From the beginning until today, we are still 100% self-funded. We grew organically and slowly. My philosophy on entrepreneurship and startup scaling is articulated in this medium post.

Booth for the Montreal Grand Prix 2016

It has been an incredibly intense journey. I cannot think of a more challenging professional experience than being a startup founder and entrepreneur in the Bitcoin industry. The number of Bitcoin startups that have perished since is a stark reminder. Some of them sank quietly, but many went down in flames taking down their users with them. The fact that Bylls is still standing — without VC funding and with its reputation intact — is my proudest achievement.

Over the past 4 years. we completely redesigned the software, continuously adding new features, but the core of the service remained the same. Most importantly, we added the ability for users to pay any individual or business in Canada by creating a personal biller from their bank details. Previously, they were limited to Bylls’ biller list of around 9000 billers.

One of the defining moments in the history of Bylls was UASF. Bylls was one of the first Bitcoin companies to support BIP-148 for the activation of Segwit (second after Bitconic). Not only that, but we were the first to run a public BIP-148 block explorer and public UASF electrum server. We had done a “seppuku pledge” regarding BIP-148, meaning that we would only accept coins from the UASF segwit chain and would pay the Bitcoin market price for them. If UASF had failed, we would not have survived. This cemented our ideology of “skin-in-the-game”. We would never compromise on our values, no matter the cost. Our policy on forks (2017) was described here. But the jist of it is:

Satoshi Portal is a Bitcoin-only company and does not conduct any transaction in any altcoin, including altcoins that are the result of a fork of the Bitcoin blockchain and which can be spent with Bitcoin private keys. This includes, but is not limited to, the coins commonly referred to as BCash, Segwit2X, BGold, Clams and Lumens.

Following the UASF/NO2X “war” in 2017, we devoted a large portion of resources to building Cyphernode, an open-source project that makes it very easy for startups to build and deploy Bitcoin applies without any third-parties, using exclusively their own full nodes. We are still developing this project today and plan on actively maintaining it in the future.

It is also worth noting that Bylls has never accepted any altcoins and was one of the first company to pledge never to accept altcoins in the future, leading to what became the “Bitcoin-Only” movement. We were also the first Bitcoin exchange and payment processing company, to our knowledge, that has integrated conjoin as part of its processes.

The coolest feature of Bylls is that you can pay pretty much all your expenses with Bitcoin without needing to go through a bank account. In Canada, you can obtain a credit card without having it linked to a bank account. In 2016, the last of my personal bank accounts was closed due to my activities in the Bitcoin industry. I decided not apply at another bank and try the experiment of living completely unbanked. I’m happy to report it was a success, and serves as a powerful testament for the use-cases provided by Bylls.

I really like the idea of not owning any fiat. You can pay pretty much all daily expenses with a credit card, and pay back the debt with Bitcoin. Of course you have fiat-denominated debts which conveniently tends to diminish in price over time.

You can withdraw cash from a credit card and pay it off instantly with Bylls, so you can get access to cash at any time, in any country across the world, without having a bank account. The only inconvenience is the cash advance fee.

When you have to pay larger amounts such as rent or whatever services don’t accept cash or credit card, you can find the biller in the Bylls list or ask the recipient for his banking details, the same as you would for a wire transfer.

The future of Bylls

Many people ask us if we intend to expand outside of Canada. The answer is, unequivocally, no. We will always be a Canada-only, Bitcoin-only company. That doesn’t mean that we stop working hard to improve our services. We will continue to be the first to integrate the cutting-edge Bitcoin technologies that

Here is are some of the features you can expect in 2020: