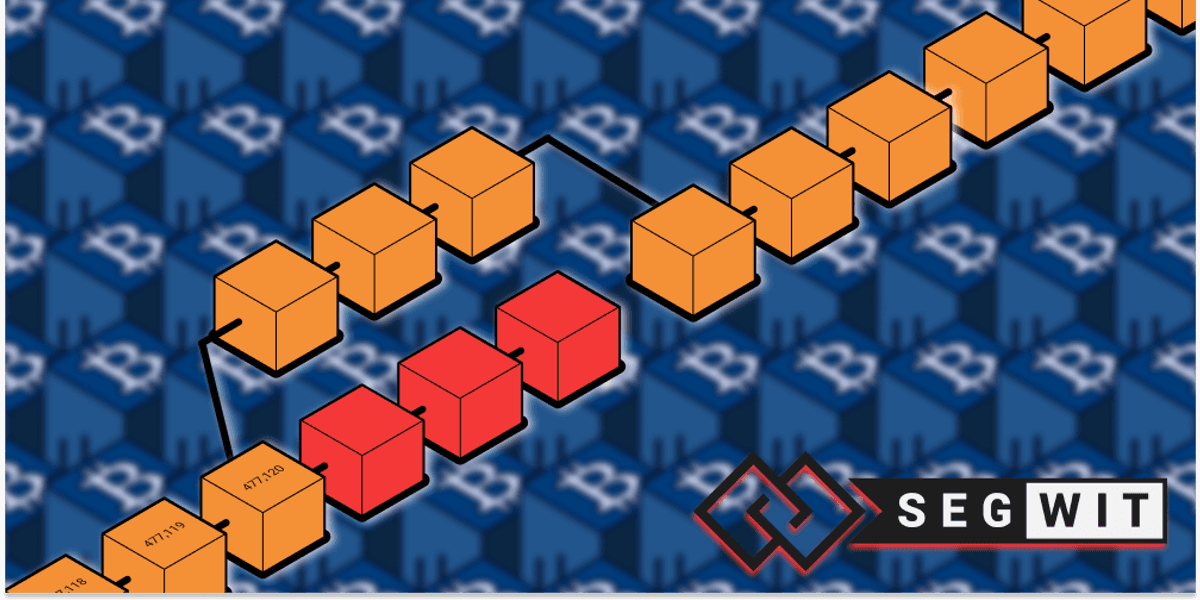 Why Segregated Witness will make 2017 Bitcoin’s best year yet

Why Segregated Witness will make 2017 Bitcoin’s best year yet

Segregated Witness is an outstanding scientific and logistical achievement which opens the door to exciting innovations that early Bitcoin adopters could only dream of. Most of all, it fixes Bitcoin’s main technical flaw: transaction malleability. By facilitating both on-chain and layer-two scaling solutions, Segregated Witness has the near-unanimous support of Bitcoin’s most influential and active engineers and technical experts.

This upgrade reinforces Bitcoin’s dominance as the most secure and reliable blockchain, both for day-to-day users of cryptocurrency and enterprise clients seeking non-monetary blockchain functions. The transaction malleability fix makes it much easier to implement decentralized micro-payment networks and smart contracts (such as sidechains). Non-trivial side benefit: the complete adoption of Segwit will allow its developers and integrators to focus their energy on new exciting projects.

Among the progress to watch out for in 2017, that would all benefit directly from the adoption of Segwit:

From concept to execution, under immense pressure, and with unique and complex governance challenges,the Bitcoin Core team prevailed in providing an elegant solution to Bitcoin’s most pressing issues. The release of Segregated Witness in November 2016 was celebrated at a local Bitcoin Scaling meetup at the Bitcoin Embassy with over 120 attendees in total. Click here to see my original slides.

Segwit and Bitcoin Core roadmap meetup at the Bitcoin Embassy — a massive success by our high standards.

The governance model of Bitcoin is unique and experimental. The eyes of the world are upon our community, and the stakes are too high for us to be a disappointment. A successful adoption of Segwit in 2017 will also demonstrate that technical challenges can be solved through debates, open-source software collaboration, decentralized consensus and voluntary adoption by validating and mining nodes. All of this with the blessing and support of nearly all of Bitcoin’s a free-market industry of exchanges, brokers, wallets and payment processors.

The entire process leading up to the adoption of Segwit will go down in history as one of the most important financial technology milestones of the decade.

Bitcoin Meetup at Desjardins’ HQ — one of Canada’s largest financial institutions (banking cooperative federation). Segregated Witness was a major topic of discussion, with the banking community eager to learn.

“There is no doubt that the adoption of Segwit will boost investor confidence and will likely result in an increase in the price of Bitcoin.”

The Bitcoin Embassy strongly urges the community to increase efforts towards the adoption of Segwit and is deeply grateful for the hundreds of volunteer contributors that maintain and develop the Bitcoin Core project. All our validating nodes are running Bitcoin 0.13.1 and we moved our miners to Slush Pool because of their policy to allow hashers to vote for Bitcoin Core and to encourage them in their advocacy of Segwit.

The Bitcoin Embassy is the world’s first physical Bitcoin hub and Canada’s most influential and active blockchain advocacy group. Our physical exchange serves dozens of clients daily, and our public reception desk is the front-line for Bitcoin adoption. We spend most of our days helping and serving the elusive “average user”.

It is our deep conviction, backed by three years of face-to-face interactions with tens of thousands of Bitcoin users, that decentralization, censorship-resistance, privacy and scarcity are the main core features driving the daily use of Bitcoin. — Bitcoin Embassy

We also recognize the inherent blocksize increase provided by Segregated Witness as a positive development towards on-chain scaling, but this is dwarfed by the exponential scaling which Lightning Networks and Sidechains, which are optimized by the adoption of Segwit, will provide.

Being a consultant and entrepreneur in the non-monetary “blockchain” sector, I can attest that that the smarter representatives of financial institutions interested in blockchain platforms tend to consider the end of the “blocksize debate”, the development of lightning networks or the deployment of sidechain-like solutions as conditional to using Bitcoin as their blockchain platform of choice. The adoption of Segregated Witness will facilitate these desirable outcomes, while protecting the core features that attract Bitcoin’s current user base.

On behalf of tens of thousands of users served by the Bitcoin Embassy, as well as the dozens of startups served by the Bitcoin Embassy such as Satoshi Counter, Satoshi Portal and Bylls, we thank the miners that have adopted Segregated Witness and are excited for the unanimous adoption of SegWit in 2017, which will certainly be Bitcoin’s best year yet.

If you are a Bitcoin Maximalist who believes in self-custody and the cypherpunk ethos of individual sovereignty, chances are you’re already a Bull Bitcoin super fan. What if you could become more?

At Bull Bitcoin, we favor Bitcoin as a unit of account and our priority is to provide you with all the tools that will allow you to adopt, like us, the Bitcoin Standard.

New Feature: Send Interac e-Transfers to anyone from your Bitcoin Wallet